John Prentice Shiels was born in 1862 and was the seventh children born of Thomas Shiels and Elizabeth Prentice. He was a seventh generation descendant of Micheal Shiels.

John Prentice (Ab) Shiels was born Sept 22, 1862 in Grey Township, Ontario, Canada. He was the seventh child of Thomas and Elizabeth (Prentice) Shiels.

He married Elizabeth Logan, the sister of his brother-in-law James Logan. In 1882 they moved to the United States and staked a claim southeast of Minot near Velva, North Dakota. The railroad was scheduled to run through Velva and was later changed to run through Minot.

John and Lizzie had three children while living in this area., Thomas, William L. and Abigail.

Once the decision was made on the railroad, John and Lizzie and their family moved to Minot. When they arrived in Minot, everyone worked to make ends meet. Tom and William would take the new homesteaders out to their claim and help them put up claim shacks. Lizzie took in boarders. They also collected buffalo bones from the prairie. They would sell them in Minot and the bones would be shipped away to make fertilizer.

John Prentice Shields also took up the job of breaking horses. One day he was out in a two wheel buggy when it skittered from the sight and sound of a passing train. John was badly hurt and died from the head injury on November 12, 1912. Lizzie (Logan) Shields died November 3, 1958.

Abigail Shields was the first child of John & Lizzie (Logan) Shields. Abigail married William O’Leary and had a son Edward on August 18, 1900. This marriage ended in divorce. Unfortunately, we have no further info on this family.

Edward (Dugie) O’Leary Shields was born on August 18, 1900, in Minot, North Dakota, USA, the son of Abigail Shields and William O’Leary. His parent’s marriage ended in divorce and Edward became known as Edward O’Leary Shields. He was also commonly known as Dugie Shields.

Edward O Shields had an artistic nature and was a published poet. He married Esther Holum and they had a son named Dugie Jr. 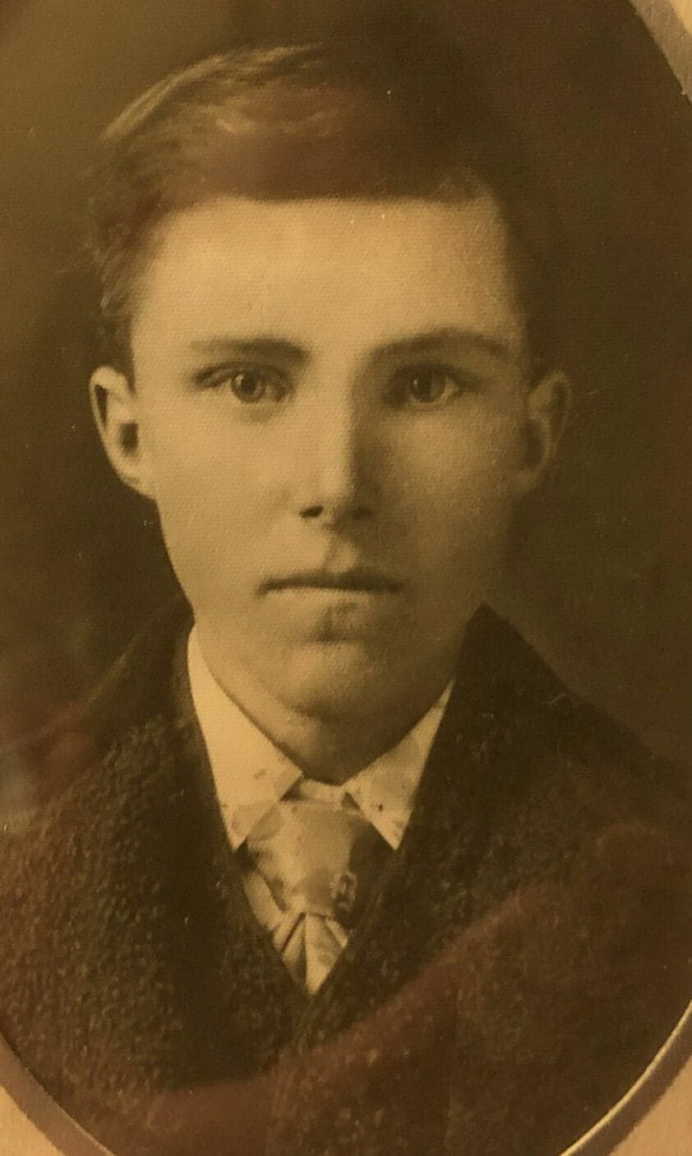 Thomas was a fireman in Minot and was the first Minot fireman killed in the line of duty on March 28, 1909 in a blaze at the Minot Daily Optic Building. Tracy passed away on February 9, 1980, in Ward, North Dakota, USA, at the age of 96.

The following was printed in the paper following Thomas’s death.

Poor Tom Shields is dead, his spirit taking its flight about midnight. Surrounded by his wife and little ones, father, mother, and brother, and the physicians and nurses doing all that human hands could do for the brave fireman, Mr Shields, who was horribly burned in the Optic Fire Sunday night, passed quietly away.

His burns had been healing and he would have recovered as far as they were concerned, his physicians states, but the young man must have breathed the deadly red-hot fumes of the gasoline, creating ulcers of the stomach which caused grave apprehensions among his friends since the fire. He seemed better during the day, and talked cheerfully with members of his family but a change for the worse was noticed about 2 o’clock and he grew weaker constantly till the end.

Tom Shields was a hero! When the smoke was dense and with his body reeking with pains, his clothes all aflame the night of the Optic fire, and with no known way to escape, the brave fellow, being the tallest of the four men so near death in the blazing furnace, Mr Shields never thought once about his own safety, but assisted the other firemen to crawl up to the top of the wall, and out through the little narrow window barred with irons. When they were safe, Tom then pulled himself out more dead than alive, a living torch. Never once did he complain.

Elizabeth (Libby) Shields was born on March 22, 1907, in Minot, North Dakota, USA, to Tracy Geidle, age 23, and Thomas Shields, age 22. Libby was only two year old when her father passed away in the Minot fire.

Libby was an active member of St. Leo’s Catholic Church and when Little Flower Church was established, she was a charter member. In later years she was a member of St. John the Apostle Catholic Church. She served as secretary and president of St. Leo’s PTA, attending three national PTA conventions. Libby was a charter member of Minot Community Concert Association. She was an advisor on the Minot Community Council on Aging for twenty years.

After living 89 years in Minot, Libby moved to Kansas to live with her son and daughter-in-law in 1996. She was a member of the Women’s Club in Belle Plaine for four years. She has made her home at Villa Maria Nursing Home in Mulvane Kansas since 2001. She has been a member of St. Michael’s Catholic Church in Mulvane, KS, for ten years. 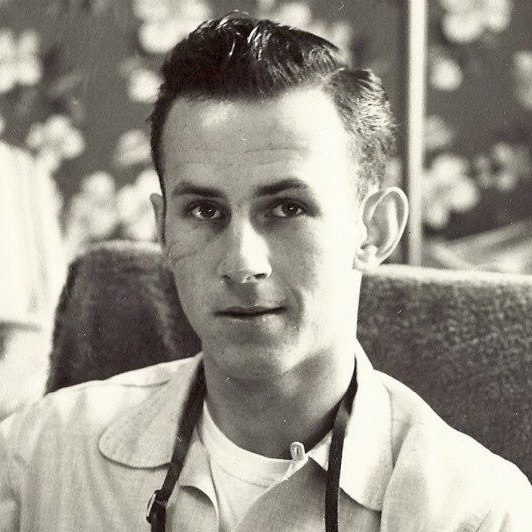 Thomas was a Boeing company employee and a veteran of the Korean war. He was an active member of St. Michael Church. Tom and his wife enjoyed travel upon his retirement. 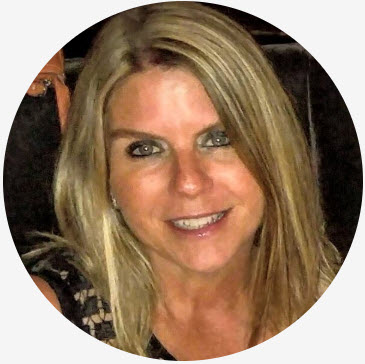 She married Andy Garrett and they live in Wichita, Kansas, USA. 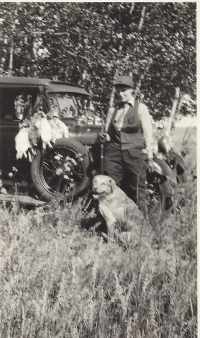 William Laurence Shields was the third child of John and Lizzie (Logan) Shields. He was born Sept 19, 1888 in a place called Dogdon Butes in Script Town, south of Velva, North Dakota. He moved to Minot with his parents at an early age.

Jule (Perry) Shields died on April 1, 1917. Their son Arthur was only 6 months old at the time. Jule Perry’s sister Agnes and her husband David Williams adopted Arthur and his name became Arthur Williams.

William married Marie Lochthowe on Jul 10, 1942. They farmed for a while, then operated the Sportsman’s Club from 1939 to 1946. They also ran the Harrington Cafe for six years in Minot.

Lorraine Shields was born on July 13, 1910 in Minot, North Dakota to William Shields and Jule Perry.

She married Clayton Miller Bach on December 15, 1934, in Hennepin, Minnesota, USA. Clayton was a Public Health Engineer. They had one child during their marriage, Ronald Bach 1942.

He married Marjorie (Peggy) Partridge in 1933. They had two children during their marriage, Patricia Shields 1935 and Collen Jule Shields 1946.

Patricia Jane Shields was born on May 28, 1935, in Minot, North Dakota, USA to John Shields and Peggy Partridge.

She married Jon Leland Bigej on August 12, 1954. They had three children, Sheri; Pam and Steven.

Jon was know as Lee to family and friends. He worked in the sheet metal industry his entire life.

Unfortunately we have no other info on this family.

Arthur Layton Williams was born on March 25, 1916 in Minot, ND to William Shields and Jule Perry.

He was only 6 months old when his mother Jule (Perry) Shields died on April 1, 1917. Jule Perry’s sister Agnes and her husband David Williams adopted Arthur and his name became Arthur Williams.

Arthur was a diesel shop sheet metal worker for Great Northern Railway when he died.

Julie & Lowell were divorced on May 5, 1976 in Spokane, Washington.

Julie married Frank Boronat and they live in Lacey, Washington.

They continue to live in Spokane, Washington.

They live in Helena.

They have a son Sean Michael Williams born Mar 12, 1982. They live in Havre, Montana.