James was born Robert James Grant on June 6, 1876, the sixteenth child of John Grant and Elizabeth Bishop. Robert James was only 5 months old when his mother died. John had 8 other children still living at home and knew he could not raise a baby on his own. One of John’s neighbors, Thomas and Elizabeth (Prentice) Shiels agreed to raise Robert James and adopted him in 1881.

The following details the descendants of James Robert Grant Shiels and his wife Jennie Slemmon.

James was born Robert James Grant on June 6, 1876, the sixteenth child of John Grant and Elizabeth Bishop. Robert James was only 5 months old when his mother died. John had 8 other children still living at home and knew he could not raise a baby on his own. One of John’s neighbors, Thomas and Elizabeth (Prentice) Shiels agreed to raise Robert James and adopted him in 1881. Since there was already a Robert in the Thomas Shiels family, the order of Robert James’ given names was reversed to become James Robert.

James Robert was 31 years younger than his adoptive brother, Thomas Prentice Shiels so there was quite a variation in the generations. One could quite easily mistake them for father and son.

James moved with his adoptive family to the Fort Ransom district of North Dakota in 1886. James was only 15 when his adoptive mother (Elizabeth) died in 1891. He continued to live with his father (Thomas) until his father’s death in 1897.

James Robert met his wife, Jennie Slemmon, when he returned to Ontario to visit one of his sisters. Jennie later traveled by train to North Dakota where the couple was married on November 26, 1902. Jennie’s parents soon followed and lived with the family in their very tiny home.

James Robert and Jennie continued to farm in this area until they moved out to Victoria, B.C. in 1951 and spent the rest of their lives there. Jennie died on May 24, 1957 at the age of 85. James Robert on Feb 9, 1959 at the age of 82. They were cremated and their ashes be scattered over the old homestead in Saskatchewan.

Marjorie Elizabeth Shiels was born November 10, 1903 in Forth Ransom to James Robert Grant Shiels & Jennie Slemmon. Marjorie moved with her family to Saskatchewan in 1905.

Marjorie & Dennie farmed in several areas of Saskatchewan and moved to the Cowichan Valley in 1946. They continued to farm there until 1965 when they retired to Victoria, British Columbia.

In Marorie’s obit it states that “Gramma will be remembered for her wit, stories, poems, political views, recycling abilities, stamina, care-giving for seniors and her love for children. At the time of her death, she had nine grandchildren 22 great grand children and 1 great-great grandchild.

He married Anne and they had two children, Bryan H Thibodeau and Thomas D Thibodeau. In the 1972 list of Canadian voters, the family lived in Prince George, BC. James was a welder while Bryan and Thomas are listed as millworkers.

William was a carpenter at the BCFP Pulp Mill. William died on July 27, 1967, in Crofton, British Columbia, when he was 39 years old.

Thomas and his brother Warren worked for the telephone system when rural telephones were brought into Saskatchewan.

Thomas moved to the USA and married Vernice Whitehorse near Chicago on August 13, 1934, when he was 28 years old. He was a medical student at the time and became a US citizen in Sept 1938. This marriage ended in divorce and Thomas moved to West Virginia.

Thomas never had children and and continued to live in West Virginia until his death on Mar 21, 1983 when he was 77 years old.

When Clarence Darrow Shiels and his twin brother Warren Eugene Shiels were born on December 21, 1907, in Craven, Saskatchewan, their father, James Robert Shiels was 31, and their mother, Jennie Slemmon, was 35.

They lived in Semens, Saskatchewan and Clarence had a farm implement dealership.

Clarence died on April 12, 1970, in Semans, Saskatchewan, at the age of 62, after a long bout with Parkinson’s Disease.

Warren Shiels was born on May 1, 1949, in Semans, Saskatchewan, to Irene Cary and Clarence Darrow Shiels.

Warren and his brother Thomas worked for the telephone system when rural telephones were brought into Saskatchewan.

Warren moved to the USA in 1926 and became a US citizen in 1928. He married Maxine Elliot Vincent on August 13, 1934, in Chicago, Illinois, USA. Warren and Thomas were married together in a double wedding ceremony.

Warren and Maxine moved to California and they had two children, Ronald Warren Shiels 1935-2014 and Cherie Shiels 1942.

Todd lived in Duncan, BC on the island when he was 19 years old. He worked for his cousin Bryan Thibodeau on the Alaska pipeline project where he operated heavy equipment, including backhoes and dump trucks. In Dec 1991, he joined the marines. 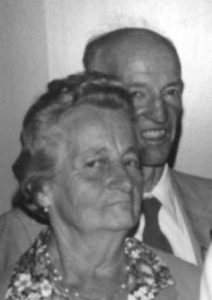 He stayed on the old homestead with his father and moved to a farm of his own a few miles west of the home place when he was married. Leonard married Hilda Kerley in Craven, Saskatchewan, on April 4, 1939, when he was 29 years old. They had three children, Thomas 1940; Irene 1941-2017 and Carl 1946.

Leonard wrote a history book for the area where they grew up titled “From Buffalo Grass to Wheat”. It is very informative and truly depicts the early days on the prairie. A great deal of family history has been recorded there for many future generations to enjoy.

Thomas Shiels was born on December 24, 1940, in Craven, Saskatchewan, to Hilda May Kerley Shiels, age 27, and Leonard Albert Shiels, age 30.

Thomas married Vivieen Leila Putland however no other info is available at this time.

Irene Shiels was born on August 29, 1941, in Craven, Saskatchewan, to Hilda May Kerley Shiels, age 28, and Leonard Albert Shiels, age 31.

Irene married Ferdinand “Fernie” Linzmayer in July 1961 when she was 19 years old.

They had three children during their marriage, Laurie; Pam and Carla.

Irene was raised on the family farm in the Craven. Saskatchewan area. Irene attended the one-room school of Verna and was the Valedictorian at Silton High School. During her school years, she was an active member of the Longlaketon 4-H club. She subsequently obtained a B.Ed from the University of Saskatchewan. She had a brief career as a teacher until her children were born.

The family moved to Calgary where Irene and Fernie were constant volunteers with their daughter’s activities. Irene loved country music, playing piano and accordion, baking, sewing, crocheting and all types of crafts.

When Irene was diagnosed with Parkinson’s disease, she refused to give in to the illness and met her ongoing health struggles with courage, dignity and grace. She embraced a positive attitude and never complained.

Ferdinand “Fernie” passed away on July 3, 1995, in Calgary, Alberta, at the age of 57. They had been married 34 years. After Fernie’s death, Irene married Gary Tronnes. They moved from Calgary to Bearspaw, Rocky Mountain House and finally to Red Deer. Irene and Gary travelled extensively until Irene’s health would no longer allow it.

She married Randy Spring however we have no other info at this time.

She married Tom Cox and they have two children, Tanner Cox and Ryan Cox.

Carl Shiels married Sandra Miller in Saskatoon, Saskatchewan, on April 16, 1969, when he was 22 years old.