Ken Shiels was born in 1917 and was the fifth child born to John Shiels and Pearl Gerry. He was a ninth generation descendant of Micheal Shiels.

The following is Ken’s lineage. 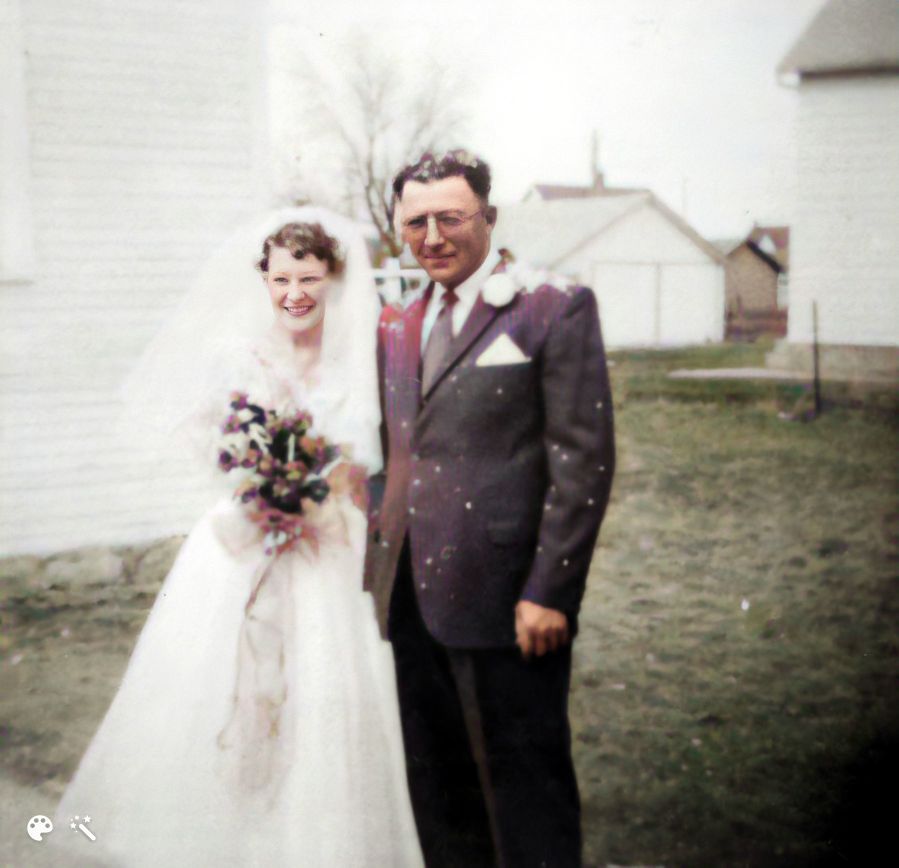 Ken Shiels was born south of Stoughton, Saskatchewan on October 8, 1917. He was the fifth child of John and Pearl (Gerry) Shiels. As the first three children had died in infancy, and John and Pearl’s fourth child was a daughter, Olive, Ken was thus the eldest son. Ken farmed with his father as they moved around Stoughton and in 1937, he came to Bede, Manitoba with his father to farm.

In 1942 he moved with his father east of Napinka and in 1945 to a farm north of town, now known as the Johnny Holland farm. Ken’s father moved to town in 1947. Ken and his youngest brother Mel, remained on the farm. When his brother George came home from the war with his new wife Betty, they too came to live with Ken.

They all moved farther north to the old House place in 1947. In 1948 George and Betty moved to their own farm. In the fall of 1949, Mel went east to Peterborough, Ontario to visit with his other brother Cliff. 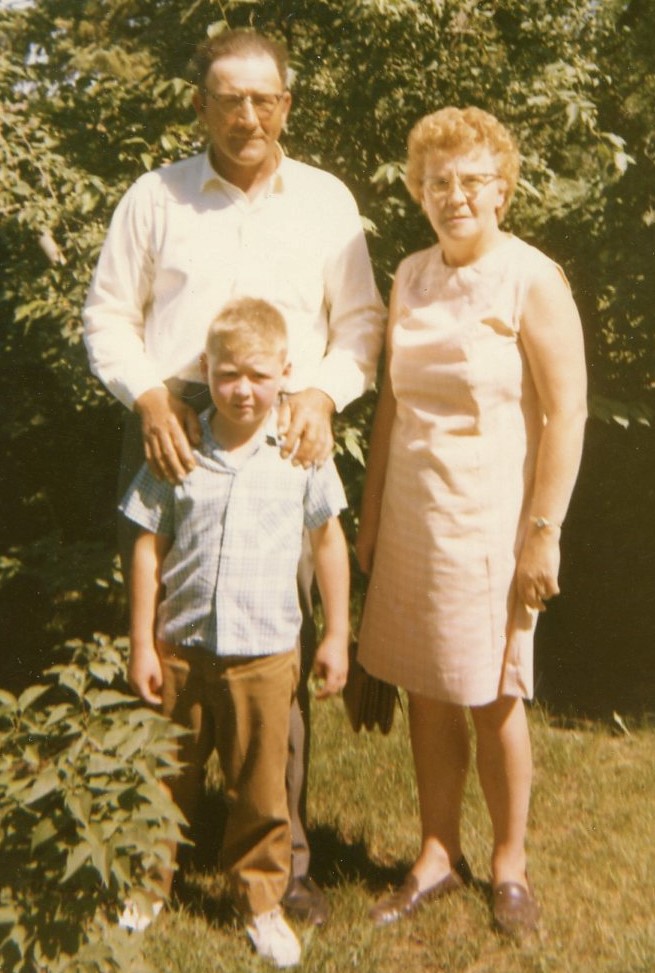 Ken ran the mail for a number of years from Handsworth and made his last trip on June 30, 1968. Ken also played the fiddle and entertained many people during his lifetime.

Ken and Mary continued to farm until the fall of 1971 when they bought a house in Stoughton.

They lived on a tree farm at Stoughton, Sask for many years where Boyd enjoyed gardening. He also enjoyed growing and selling trees and enjoyed the wildlife such as deer and birds. They sold their farm and moved to Stoughton when they retired.

They have an adopted daughter Laura Joan, born December 31, 1983. Laura graduated from high school in 2001 and planed to work for a year before heading off to college. 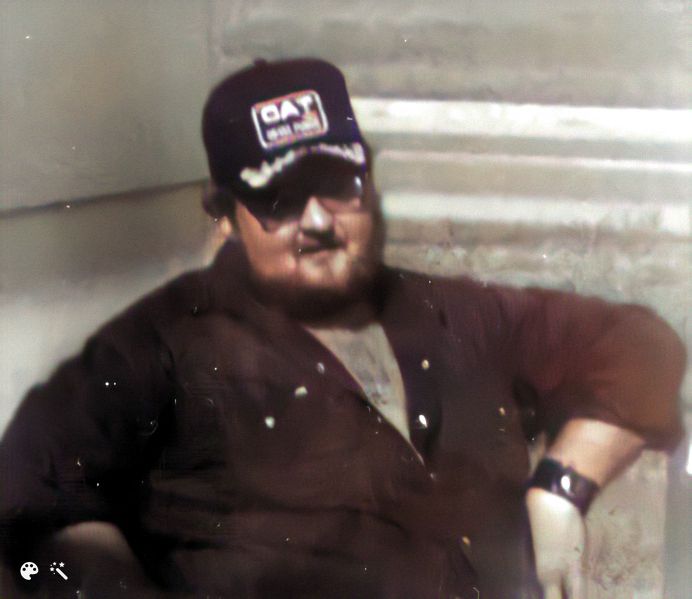 Dwight Shiels was born January 28, 1964 in Fillmore, Saskatchewan. He was the first child of Ken & Mary (Rodgers) Shiels. After finishing school in Stoughton, Dwight worked on road construction and hauled water for the oil rigs. He spent one summer in Zama Lake, Alberta and 2 years at the Potash mine in Esterhazy, Sask. He worked for farmers in the area and started farming on his own in 1991. He also worked as a truck driver for Coderre’s Construction in Stoughton. Dwight started a snow removal business in 1996. He had two bad years with little snow and added rotary mowing to his business in 2000. His business is known as Big D’s Lease Service and he plans to add a Road Grader in 2001.

He has downsized his farming operation with the extra business. Dwight is an avid hunter and fisherman. He is very handy and built himself a shop at the farm and an ice fishing shack for some winter fun.

Dwight has also taken up raising Bison and has a heard of 10 in 2002. There is a good market for bison as a specialty meat.