William Shiels was born in 1833 and was the youngest child of Thomas Shiels and Barbara Jean Cranston. He was a sixth generation descendant of Micheal Shiels. 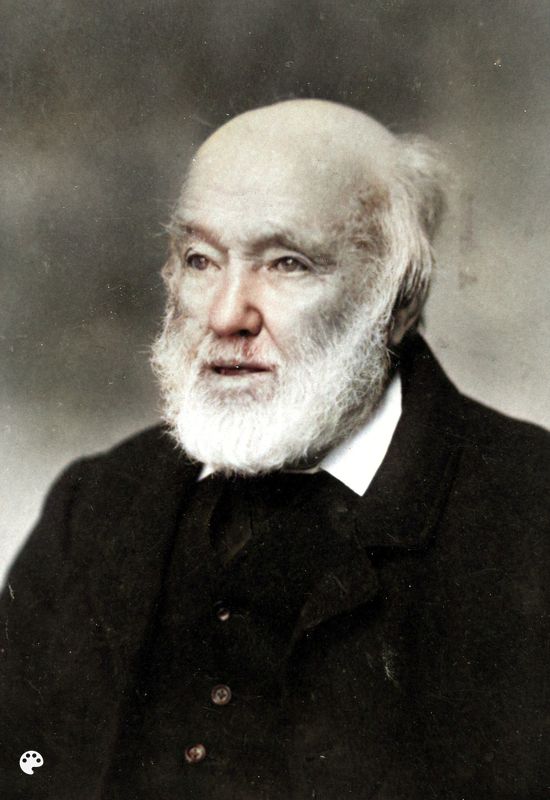 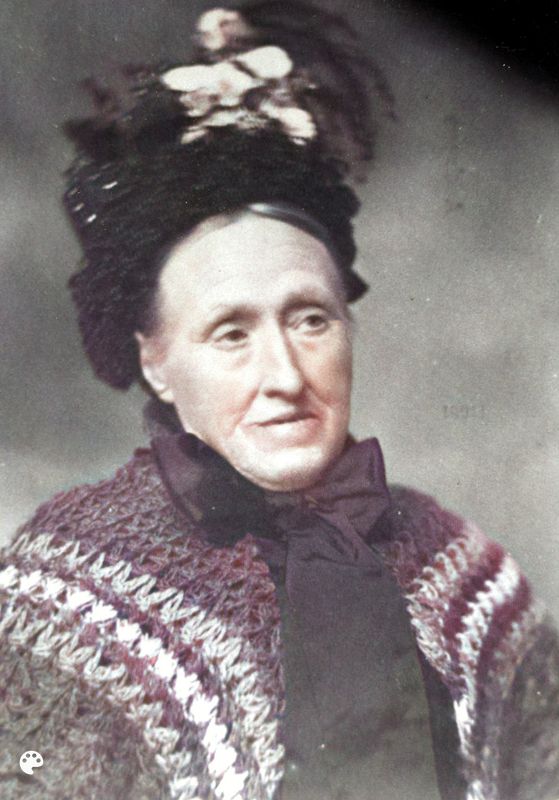 William James was born January 27, 1833. He was the youngest child of Thomas Shiels and Barbara Jean (Cranston) Shiels and was only six years old when his father died. He lived with his mother at the family home called East Mains near Biggar, Scotland.

After Thomas’s death, William’s mother went on to become a teacher and she continued to live with William and his family for the rest of her life. William is shown on one census record as an agricultural laborer although family tradition states he was a bootmaker.

On January 14, 1859 he married Agnes Brown, daughter of David and Margaret (Shiels) Brown, of Libberton, a village near Biggar. David was a mole catcher. Agnes was born June 1832. 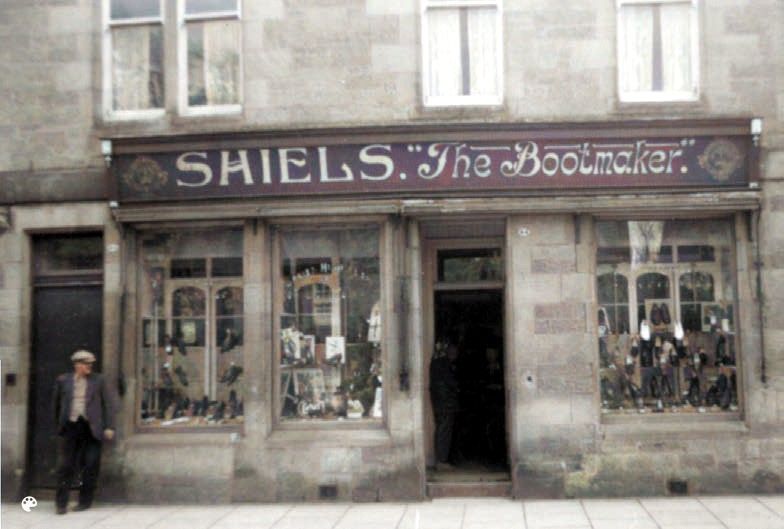 Thomas was born January 30, 1859. He was the first child of William James and Agnes (Brown) Shiels. He was born in Corstorphine and lived as a boy at Eastmains with the family. Then he lived in a small house in Coulter main road and walked into Biggar and back to work six days per week.

Thomas was apprenticed to a bootmaker and worked at the trade all his life. His brother George was also a bootmaker. George’s sons William and Robert and his daughters Mary and Agnes all worked for Thomas in his business. This business was called “Shiels the Bootmaker” and was located in Biggar. George and William worked in the back shop, making and repairing boots, and Mary, Robert and Agnes worked in the store, selling and keeping the books.

Thomas was called “Terrible Tom” (never to his face) in reference to his terrible temper. A family legend states that Thomas “cheated a little” on his income tax, and that the government suspected something and sent an auditor to look at his books. Tom, it is said, picked up the man by his belt and collar and threw him out the door onto the street. Tom then went back and got the man’s hat and brief case and threw them onto the street after him. These actions caused him to be fined 5000 pound Sterling.

Thomas married Frances Veitch in 1909 and they had no children. He died August 14, 1924 in Walston at the age of 65 and is buried at Biggar, Scotland.

Margaret was born in January 5, 1860. She was the second child of William James and Agnes (Brown) Shiels.She had a son Robert Shiels, born Jun 8, 1881 in Biggar, Scotland. Margaret married George Thomson, a baker on April 13, 1883. They emigrated to Winnipeg, Manitoba, Canada shortly after their wedding and had five children in Manitoba. George died in Winnipeg in Sept 1927 and Margaret returned to Scotland where she died in 1947. We have no information on the Thomson children born in Winnipeg, except their birthdate.

Margaret’s son Robert Shiels emigrated to Canada in 1904 and his descendants are in Canada and the USA.

Barbara Shiels was born January 28, 1863. She was the fourth child of William & Agnes (Brown) Shiels. Barbara never married and worked as a housekeeper in Edinburgh for about 15 years.

She lived at East Mains after returning from Edinburgh and lived there the rest of her life. Barbara was a very keen gardener and grew plenty of herbs. There is a copy of Barbara’s last will and testament from 1929 and an update from 1943 that provided a great deal of information on the family. Barbara died on November 11, 1943 and is buried at Coulter. 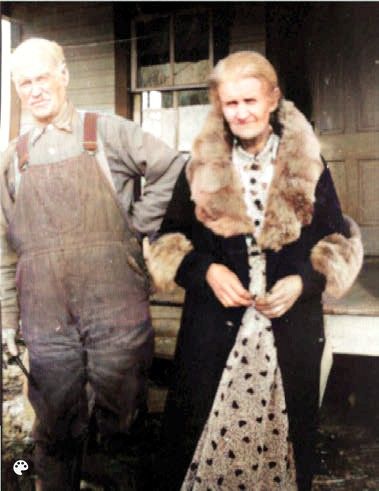 He married Christine Bryden and they had three children in Scotland: William born in 1886, Nellie born in 1888 and George born in 1890. George died when he was only 5 years old in Scotland.

John died in 1946, Christine in 1941, both being buried at Kisbey, Saskatchewan.

George Shiels was born in July 25, 1865. He was the sixth child of William & Agnes (Brown) Shiels. He apprenticed as a bootmaker and worked all his life for his brother Thomas.

Adam Sim Shiels was born January 10, 1867. He was the seventh child of William & Agnes (Brown) Shiels. He was an agricultural laborer and later became a signalman with the railway.

William Shiels was born February 14, 1872. He was the eighth child of William & Agnes (Brown) Shiels.

Unfortunately we have no other info at this time.

Agnes Shiels was born in 1878. She was the ninth child of William & Agnes (Brown) Shiels. Agnes married Thomas McBride and emigrated to Great Falls, Montana, U.S.A.

According to her sister Barbara’s will in November 1929, she was living at number 1391, Great Falls Montana and her husband Thomas.