David Phillips was born in 1864 in Pembrokeshire, Wales. He was the fifth child of Timothy Phillips and Martha Williams.

David’s lineage is as follows:

David Phillips was born in 1864 in Blaenffos, Pembrokeshire, Wales. He was the fifth child of Timothy Phillips (1830) and Martha Williams.

A copy of their marriage certificate is included below. It verifies that David was the son of Timothy. This was important as we do not yet have a copy of David’s birth certificate. 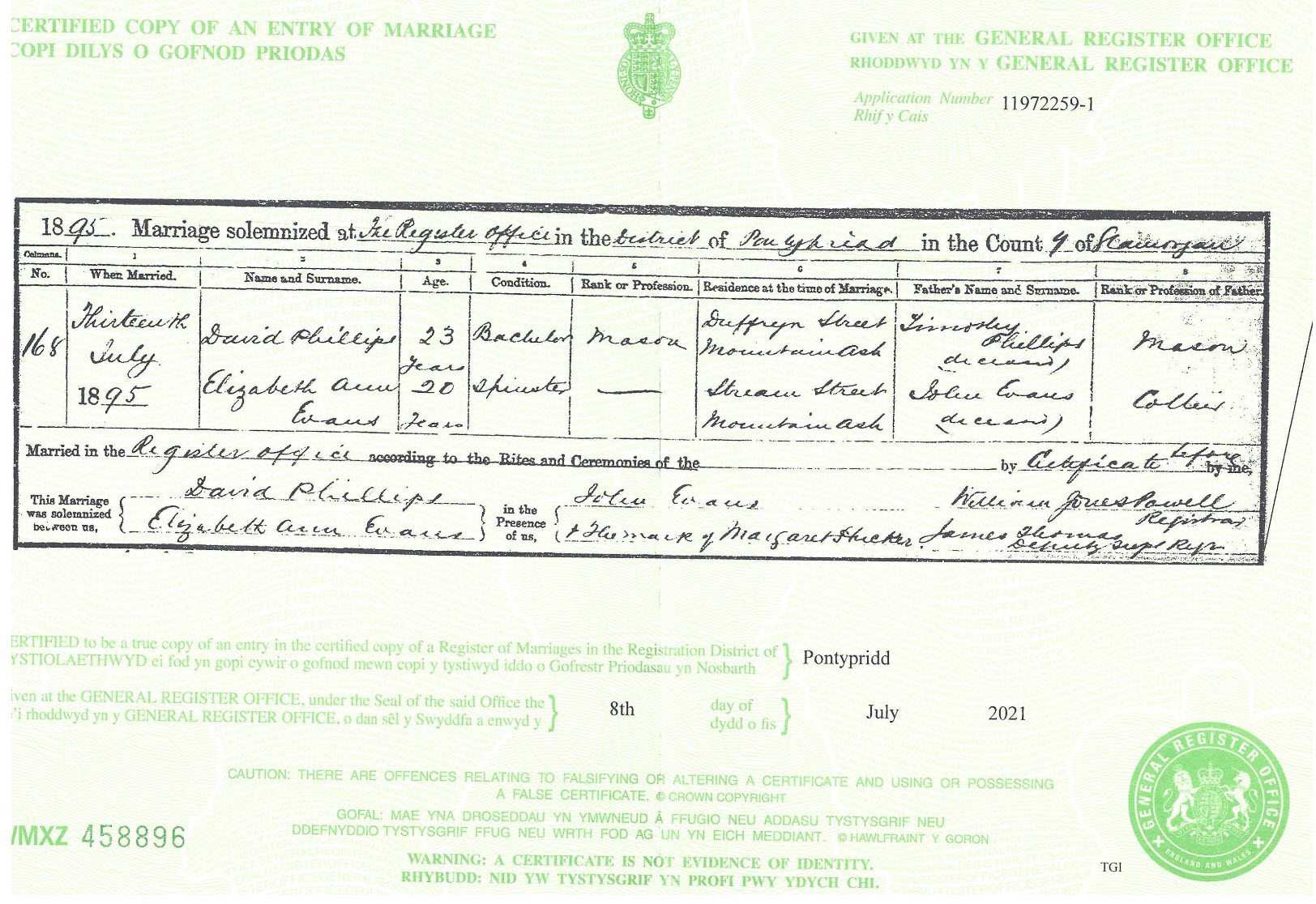 Dan was listed as a Stonemason. He was born in 1881 and was the son of William Phillips (1855) & Esther Phillips. William was David’s brother. 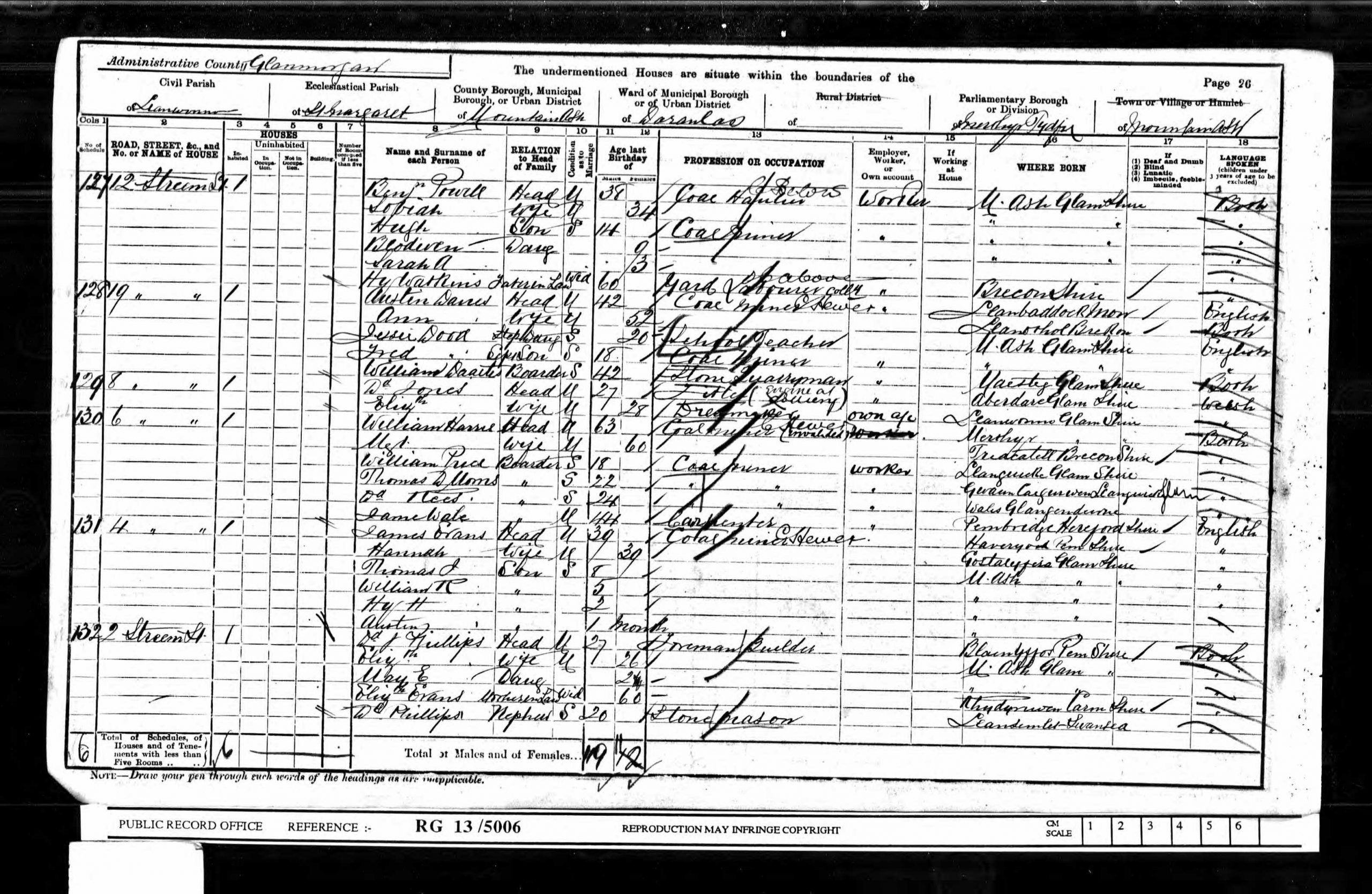 In the 1891 Census, 2 Streem St. in Mountain Ash included Elizabeth along with her parents John & Elizabeth Ann Evans and her brothers John & David.

From the above, we can presume that John Evans had passed away between 1891 and 1901 and that David & Elizabeth Phillips were living with her mother at 2 Streem St in Mountain Ash.

We know that Elizabeth died in Sept 1933 however we do not have a death date for David Phillips.

Martha Elizabeth Gwladys Phillips was born on Oct 23, 1898 in Llanwonno, Mountain Ash, Wales. She is the only child of David Phillips (1864) and Elizabeth Ann Evans.

She was always know as Gwladys and she married David Owen Jones on Sept 13, 1923 in llanelly, Breconshire, Wales. They had four children.

Follow this link for more information on Gwladys and her descendants.