Martha Elizabeth Gwladys Phillips was always known as Gwladys. She was born in 1898 in Pembrokeshire, Wales. She was the only child of David Phillips and Elizabeth Ann Evans.

Gwladys’s lineage is as follows:

Martha Elizabeth Gwladys Phillips was born on Oct 23, 1898 in Llanwonno, Mountain Ash, Wales. She was always known as Gwladys and was the only child of David Phillips (1864) and Elizabeth Ann Evans.

The family was living at 2 Stream Street when Gwladys was born and were still there in the 1901 Census. David Phillips was listed as a Journeyman Stone Mason on the birth certificate.

Gwladys married David Owen Jones on Sept 13, 1923 in llanelly, Breconshire, Wales. A copy of their marriage license is included here. 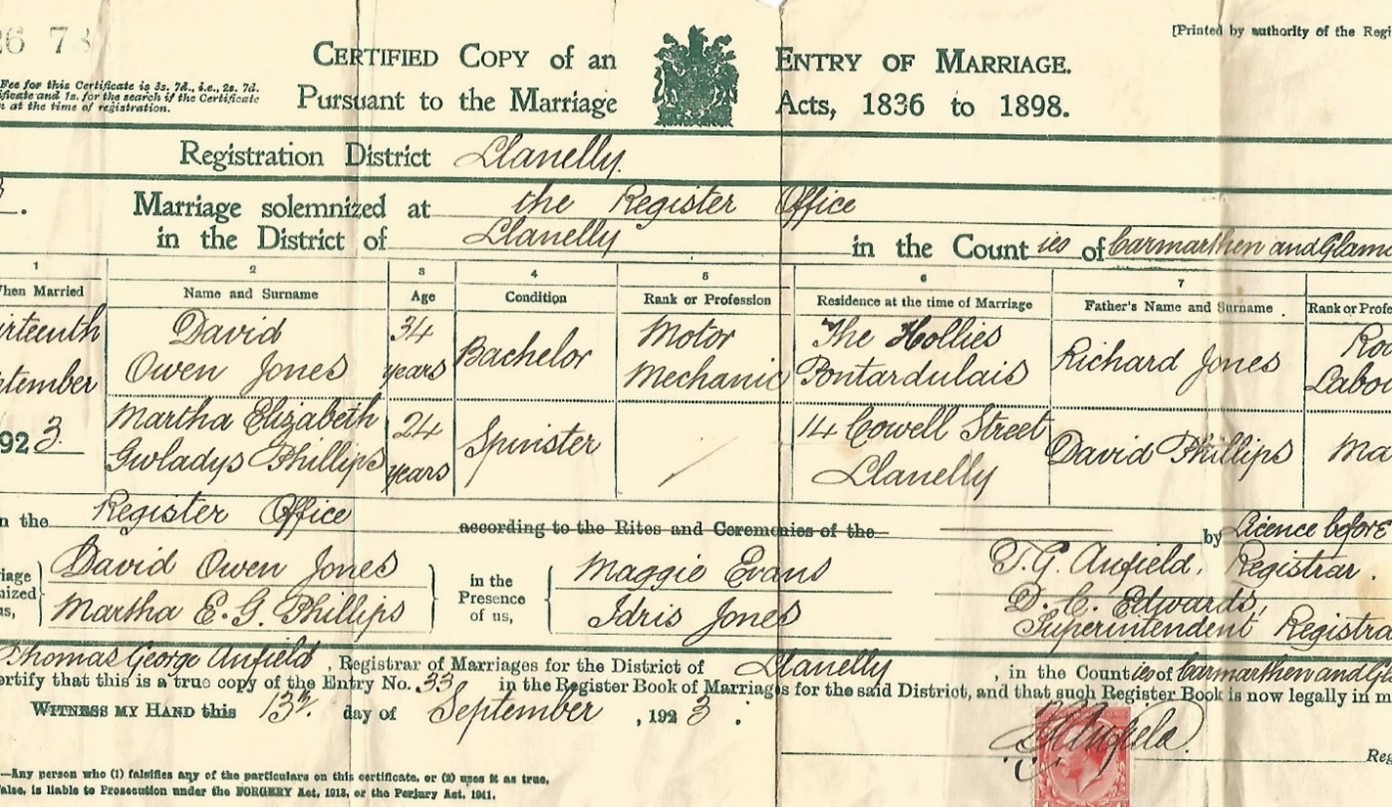 David & Gwladys lived at Rhosfawr, near Blaenporth in Cardingshire for many years. This was the farm that David’s step-father Griffith Lodwick owned. Three children were born there, Mary Elizabeth (Betty) on Jun 11, 1924; Rachel Owena on Jul 26, 1926 and David Griffith (Dewi Wyn) on Oct 2, 1927.

David continued to live at 95 Castle Street with his daughter Vi.